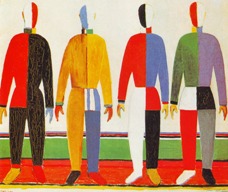 The boycott, as a public declaration of not attending an ‘offensive’ exhibition, festival or film, has led to cancellations of art events and disturbances at live performances. The result is the censorship of artists, and the shutting down of public access to art and cultural events.

These calls for boycott have been led by all political camps – anti- and pro-Israel, secular and religious – suggesting that the cultural boycott has become a way for all sides to make a political point and defend a cause.

The Manifesto Club strongly supports international collaboration and cultural exchange, and opposes censorship in all forms. We believe that art and artistic exchange has the capacity to transcend political divisions and national borders.

Boycotts are sullen and mean-spirited: a simple act of withdrawal from engagement with a work or with a whole nation of people. Individual autonomy and choice are undermined, and much needed dialogue, debate, disagreement and argument is shut down. Such debate and camaraderie between visiting artists and the public is particularly important in conflict zones.

Artists and citizens are not the mouth-piece or the puppets of government; art is not a political object. We call on UK artists and organizations to allow for open debate – to say no to censorship; no to the shutting down of the right to free expression in art and culture; and no to punishing fellow international artists for the political or military actions taken by nation states.