We use print-on-demand technology to produce books on contemporary freedom issues, with sharp content and original looks (design by Tom Mower). In an age where book publishing is becoming more monopolised, this is cottage-industry publishing by 21st-century freedom fighters.

Over the past few years it has become almost impossible to hand out leaflets in many UK town and city centres.

Using powers contained in the Clean Neighbourhoods and Environment Act 2005, local authorities have introduced leafleting zones within which people must buy a licence if they want to flyer.

These rules have been catastrophic for village halls, circuses, political campaigners, comedy clubs and nightclubs.

Our new report Leafleting: A Liberty Lost? charts the rapid spread of these unnecessary rules, and finds that 27% of councils now restrict public leafleting.

The report calls for a review of local authorities’ no-tolerance policies, and for a more liberal regime that recognises leafleting as part of a free and vibrant civic life. 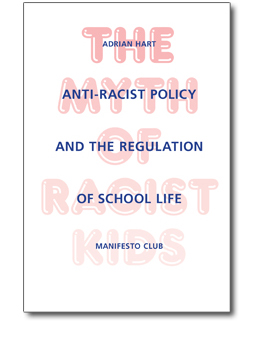 Hart’s investigation shows how schools are under pressure to search out and report ‘racist’ incidents, and how primary school children are being disciplined and reported to the authorities for petty playground squabbles and everyday insults. 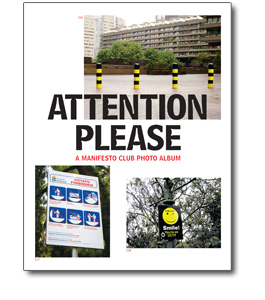 A photobook of unnecessary, absurd and patronising safety warnings in public space, submitted to us by members of the public over 2008-9.

The collection contains submissions from all over the world, and also from individuals including the Turner prize-winning artist Grayson Perry.

Images include : a sign outside a Sussex beach reading ‘Caution – uneven surfaces’; an official smoking area in a Walsall supermarket carpark; a warning outside a Tooting cemetery that ‘all memorials have the potential to harm’. 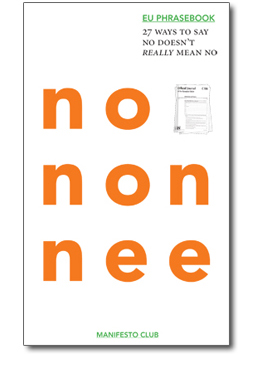 EU PHRASEBOOK: 27 WAYS TO SAY, ‘NO DOESN’T REALLY MEAN NO’

The EU Phrasebook: 27 Ways to Say ‘No Doesn’t Really Mean No’ documents 27 different ways in which politicians from all 27 EU countries sought to avoid or neutralise these no-votes. Politicians said: ‘people didn’t understand the treaty’, ‘No voters are ungrateful’, or ‘There is no Plan B’. They treated the vote as an obstacle around which to manoeuvre.

See reviews in spiked and Telegraph